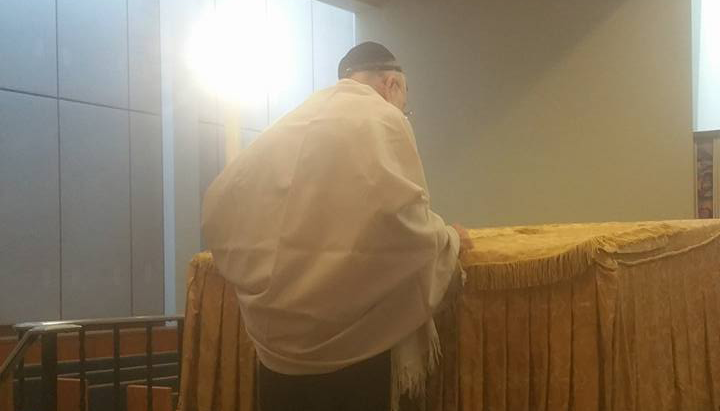 This handbook for the Hazzan has been a long time needed by the congregations. The work has been mostly by the Rev. Abraham Lopes Cardozo ז״ל. It is from his handwritten and oral transmission that I have put down in this form the content of his long and cherished work. It has been a labor of true Ahabah, the love of Judaism Lishmah, the love of our Sephardi heritage with a most faithful adherence to its tradition.

The Western Sephardi Minhag prides itself in maintaining the “Gravidad” aspect of the divine service. This include among other particularly the proper reading of Hebrew according to the grammatical rules and the proper pronunciation of the words of the Tefillah. It is imperative that the element of seriousness and accuracy are present at all times.

One of the reason the tradition has been maintained is that it has been faithfully transmitted from generation to generation with the same spirit of devotion. It is in this thinking that we decided to transcribe in details this tradition so that it becomes a practical point of reference. As you will notice, there will be some variation, some large, some modest from community to community.

The generation that has passed has wanted to leave this tradition to the new one. It seems that the new generation is finding more difficulties to learn it since very few who are knowledgeable and practice the tradition are left of this world. Therefore it become much more important to have a reference book on the subject.

The Hazzan or the Reader, would have to have a modicum of knowledge of the regular prayer, its structure and the different Halakhot pertaining to each part of the service. Since the Sephardi service follows closely but not always the text of the Shulhan Arukh, a thorough knowledge of the latter will be very helpful. Nonetheless, the best way of acquiring this knowledge is to first hand experience it. The Sephardi service has many similarities to the Ashkenazi one, but very often differentiate itself in many ways that sometimes it seems that to the trained eye, two different worlds exist. These differences become very prominent if one is familiar with one text and suddenly finds himself in another tradition.

This handbook becomes much more relevant to the student of the particular tradition that is the Spanish and Portuguese one. Today only a handful of Congregations follows meticulously and to some degree the same Minhag. To my present knowledge the following Congregations follow this Minhag with some degrees of variations:

The following Congregations have a substantial variation in the Minhag even though they started in the same tradition:

The following Congregations has started with the Spanish & Portuguese tradition and have today only vestiges of the Minhag or have done away completely.